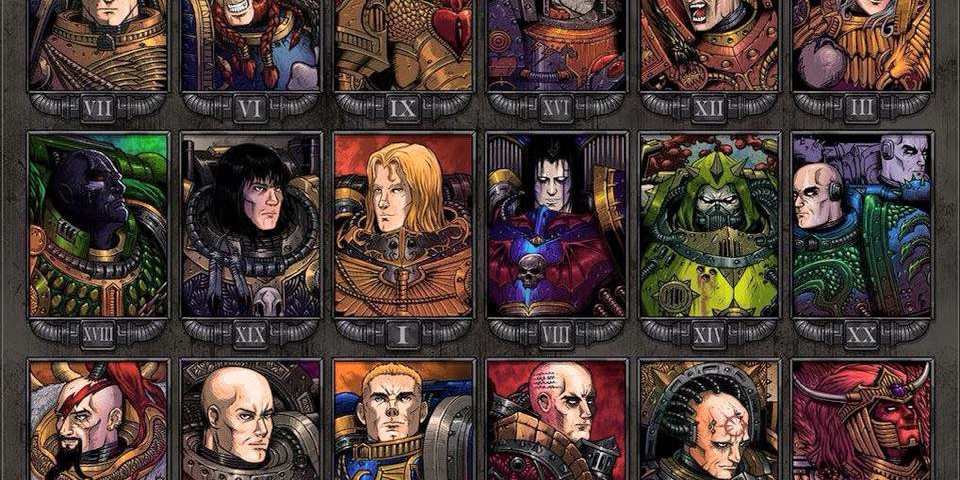 Welcome back, assorted Demi-gods and commanders. I apologize for the brief sabbatical, I had to deal with the fallout of Guilliman’s failed bid to be voted class president…

Or was that for Warmaster? Anyways, now that REAL school is out of session, we can get back a more interesting education: Horus Heresy!

Remember our lesson about Praetors a little while ago? Praetors are useful because they are beat stick and they can unlock a ton of different Rite’s of War for your army, which creates a lot of options to create a list that you are interested in playing that is also effective on the table.  Consuls are the next evolution of that idea, and act as a support staff to help you do what you want with your lists a bit better. If the Praetor is your Swiss Army knife, then the Consuls are your individual tools that you can use to get the job done. Here’s how it works:

In the Crusade Army List, there is an option to take a Legion Centurion as an HQ. The Centurion by himself is a pretty decent 2-wound character starting at 50 points with a variety of upgrade options (artificer armor, refractor fields, and the gamut of 30k weaponry) and a very robust statline (WS/BS-5, Init-5, A-3). Beyond that, however, he is the base template for the various Consul upgrades that you can take. A Centurion is a supporting officer and cheaper HQ option to your Praetor, and a Consul is an upgrade to make your Centurion a specialist in a particular field.  There is an extensive list of Consul Upgrades that you can take, but here are a couple of my favorite options:

Primus Medicae –  This guy is the go-to to help keep your terminator squads alive. Legion apothecaries are good for getting Feel No Pain on several units, but they are woefully lacking in upgrade options and in most cases can’t join terminator squads. The Primus Medicae is the only way to get Feel No Pain on a unit that isn’t part of the legion apothecary list, and he’s eligible for some sweet upgrades. As the only apothecary who is also an independent character, he’s essential if you have a unit that you want to deal damage up close and keep alive. 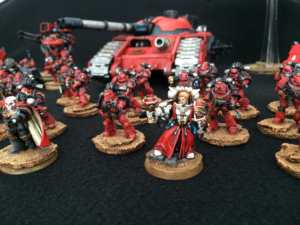 Chaplain – An unsung hero of 40k, in the Horus Heresy these guys are ridiculously good because they are a way that you can get a unit to be fearless (zealot), and that doesn’t come easily in 30k. Have him equipped with artificer armor and put in a squad of 20 tactical marines with a legion apothecary, and you’ve got a tough unit that will never get swept or run away while he’s alive. The re-roll on the first round of combat is not to be ignored either.

Master of Signal – If long-range shooting is your game, then this guy is exactly what you are looking for. He can boost the ballistic skill of a unit with 6″ by 1 if he chooses not to shoot. While not exactly someone you want to get stuck in combat, he has wargear that helps you mitigate the issues of alpha strike deep strike armies. I find that pairing him with a Damocles command rhino is very good. Stick him in a unit of Shatter Shell thudd Guns and you have some punishing artillery potential. Bring this guy if you want to sit back and enjoy some fireworks.

Almost Done With This Consul-tation

That’s just the start. Some Conuls unlock mechanicum units for your army, and some are a cheap way of unlocking your rites of war. Not all of the news is good with these guys, because you can only take a certain few of them as compulsory HQ choices. When choosing your consul, make sure you consult the FW FAQ and see if the consul you want to bring has the Supporting Officer special rule. If he does, then you’ll need an other HQ to fill that mandatory HQ slot.
All in all, these guys are an excellent way to add that specialist flavor to your army, and is a great example of how armies in the Age of Darkness can feel characterful and new despite the proliferation of power armor. 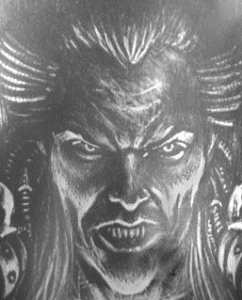 Who is your favorite consul? Post is up in the comments and let us know your way to play the heresy.
Captain Morgan