Captain Morgan here for another log entry. This time around, I’m throwing around some ideas for the Horus Heresy event that I’m signed up for for this year’s Adepticon. Adepticon 2016 promises to be the best Horus Heresy event yet, and the demand for it has certainly been high. I signed up about 8 minutes after ticket sales went live and I ended up having to get put on the waitlist. While somewhat nerve-racking, I made it through the waitlist and am scheduled for two different Heresy events that I am very excited for.

I signed up for two different events that have very different limitations, and a different points limit than the LVO (2000 instead of 2500, which is a lot more limiting than it looks), so that required that I re-adjust my list from LVO in order to meet the qualifications of the two different event types. Today I have a draft of a list I am considering for the 30k event on Friday. Format rules for this event are here for those interested, as it should help put this list in context.

With that out of the way, here is my list: 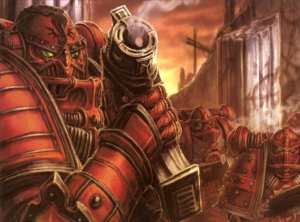 In essence, this is a list that I feel will work well within the Adepticon 30k format, namely because the biggest disadvantage that BA, DA, WS, TS, and SW legions have right now is that there are no characters or units that can adequately compete with a Primarch in close combat, and the Friday event has leveled the playing field by disallowing all Primarchs from that particular event. With the Blood Angels legion traits being so very strong in Close Combat (Encarmine Fury: a -1 to the required to-wound roll, turning 4’s to 3’s etc.), that presents a great opportunity to maximize on that advantage by creating a strong close combat squad.

Essentially, the characters will ride in the Spartan and drive right at whatever I want them to punch. I expect to see several variations on this theme (beat-face squad in Spartan) as that is common in HH tactics nowadays, and I am confident that with this loadout I can match or beat most CC squads. The “Blade of Perdition” upgrade is critical to this, as every wound I inflict causes 2 wounds (that you have to save separately) instead of 1, which you can see made quite a difference in my first test game with them in this battle report. Even against larger squads, the majority of the attacks from the Primus Medicae and Chaplain will hit on 3’s (with a re-roll from either Zealot or Master-Crafted), and wound on 3’s (against T4 opponents) striking at I5 means that there will be between 8-12 ap2 wounds just from those characters.

The backfield support comes from the Sicaran for light armor support and the Whirlwind Scorpius. I had to make a choice between the Scorpius and the Thudd Guns, and in this case I decided that the Thudd guns would be better in a more shooty list. The Scorpius fills the same role, but is an effective counter to Thudd guns as it has AP3 S8 barrage, and unless I get close to them they can’t really hurt it . The Deredeo works as excellent anti-air and anti-armor support (The Spartan’s TL Lascannons are a soft AA counter – when they hit it will hurt), with interceptor/skyfire shots and sunder on the autocannons to help the Spartan and Sicaran deal with any AV 14.

The trick to this list is Nathaniel Garro, who can serve as a big benefit or possible detriment to this strategy. The Adepticon FAQ for knights errant is critical to this, because it allows me to mitigate the potential detriment from not accomplishing any of the secret objectives, and my ability to choose these objectives for each opponent creates some great opportunities, with some risks. Garro can fit a multitude of rolls. I can use him as backfield harassment (say, if I were to encounter a shooty army with Thudds or lots of devestators) with his no-scatter deep strike rules that forces all shots at him to be snap shots. Or, if I am fighting the ubiquitous Praetor with Paragon Blade, I can use him to engage the Praetor instead of the other characters, who I want dealing maximum damage with their Blades of Perdition to the escorting squad. With a 3+ invulnerable save in challenges (4+ normally), FNP from the Primus Medicae, and the ability to come back on a LD test if he loses his last wound, he can safely tie up a praetor while the others take care of the rest of his squad. Garro’s Eternal Warrior rule also helps him survive in case the enemy Praetor gets a lucky 6 for instant death on his melee attacks. While risky, if I play my cards right I can set myself up for some prime opportunities to take advantage of these special rules.

While the list has some strengths, there are some definite weaknesses too.  The biggest weakness is a lack of scoring potential from the list as a whole. There are only 2 troops choices, with some very clear limitations on the scoring potential of their rhinos per the FAQ, so where a lot of these objectives are going to be random and card-drawing based, it’s hard to know if that will be enough to maximize on scoring objectives.  Because of that, Garro’s extra objective points will be vital if I am to secure the win. I’ll have to play it smart, but there’s something exciting about the risk/reward nature of it. I am also concerned that  I won’t be able to adequately manage lots of AV 14, as I’m essentially relying on 6’s to strip hull points off of other Spartans. 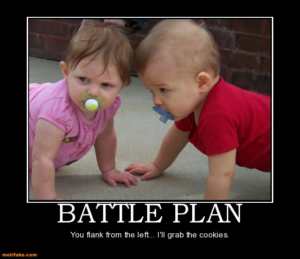 What do you guys think? Time is short, and playtest opportunities are few, but I’m feeling good about this list so far. It’s a beta list, so some things are liable to change, and I am interested in any feedback from you guys. Are you going to do 30k at Adeptcon? Do you think your list could beat mine? I’d love to hear it! I’m way excited to go to the event and meet some more awesome hobbyists. Now to finish painting that Spartan and Scorpius… 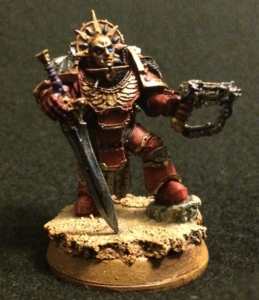