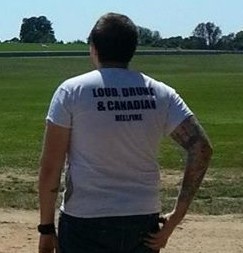 First order of business:  Hi! My name is Max Dubois and I’m a hobby enthusiast from Queb

ec, Canada.  I spend most of my free time painting models and writing about painting models in various blogs, including this one now, and my own Hellfire Painting.  I attend a lot of 40K tournaments, where I am lovingly called The French Douche.

From years of collecting models, to going ham on black Friday and buying an entire gladius, the sprues and armies of barely assembled models pile on and you are left with nowhere to start when it comes to hobby time.

Believe me; I am exactly like you in this regard.  You know how some people buy a model just because they want to paint it because it looks cool.  Well, I do that with whole armies; every time I buy a sick HQ, I get 2 troops and a whatever just so I could eventually play it.

Besides burning it with fire, how does a gentleman deal with the endless swarm?

Here are 3 methods of taking your hobby situation by the sprues and laying it to rest.

Armies at a time that is.  I found that the times when I jumped into a new project every month, nothing would ever get done.  So I stick with this rule, never have more than 2 ongoing project at a time.  Want to get in on those new Tau?  Finish those boxes of Horus Heresy first.  And finish your vegetables too, while you’re at it.  #protips  You can then sell an army/models or just leave them on display, what matters is that it is completed.

Out of Sight, out of mind

This is the rule that allowed me to turn the tide and get through the seamlessly endless number of boxes I had lying around.  It will require some work, but it’s worth every penny.

You’ll need an afternoon – maybe more, depending on the size and scale of your miniature hoarding to sort out through kits and models.  Categorize these by theme or projects and put them in a big box ( boxes for army sized projects ) and label them.  Then, as the tittle suggest, store these where you won’t be starring at them all the time.  A bookshelf, drawer, an entire closet if need be.

Then, focus on having only one box out at a time and the other ones left on the shelf/closet/drawer.

Start before you finish

Wait what? For some reason I won’t delve into here, the human brain is design to crave finishing stuff it started.  So before you finish a project, start on the next one.  Assemble it and undercoat it or basecoat something.  Yes, you are tricking your own brain by doing this, but motivation being the key, it’s worth it.

Just so you don’t feel alone in this, here’s a shelf full of uncompleted stuff that I’m working on working on, and a closet filled with boxes I had to go through before getting there.

Armed with these tricks, I want you to stare that pile of project right in the boxes, bang your chest a couple of manly times and let me see your war face!  Go get them, boy!