Hey homies! PuppyPants here and I thought I’d share a recent addition to the Guard army that i flaunted last week. I ordered some goodies from FW and I turned around the entire project from assembly to highlighting in 48 hours. From last Tuesday night after work to last Thursday evening i cranked out a Malcador Infernus and turned up the heat for my Vostroyan force (horrible pun).

It’s basically just a giant flame thrower on tracks and it’s designed after the WWII Churchill variant called the Crocodile. Pretty good on the table top with a Hell-storm template and a big torrent. But it’s fairly fragile at AV12 on those big long sides and only 6 HP’s.

Anyway, I played some games on Saturday and took a couple pics (wish I’d taken more)! Pretty pleased with how the big boy turned out and how well it matches/meshes the army. 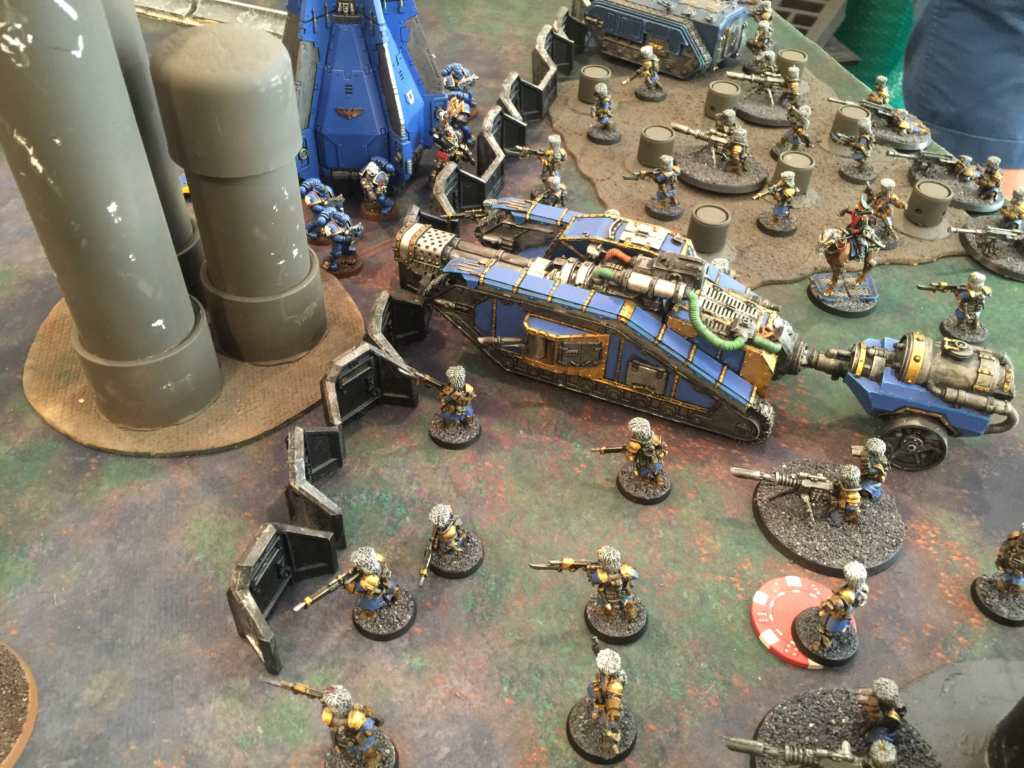 All pretty on the display board. 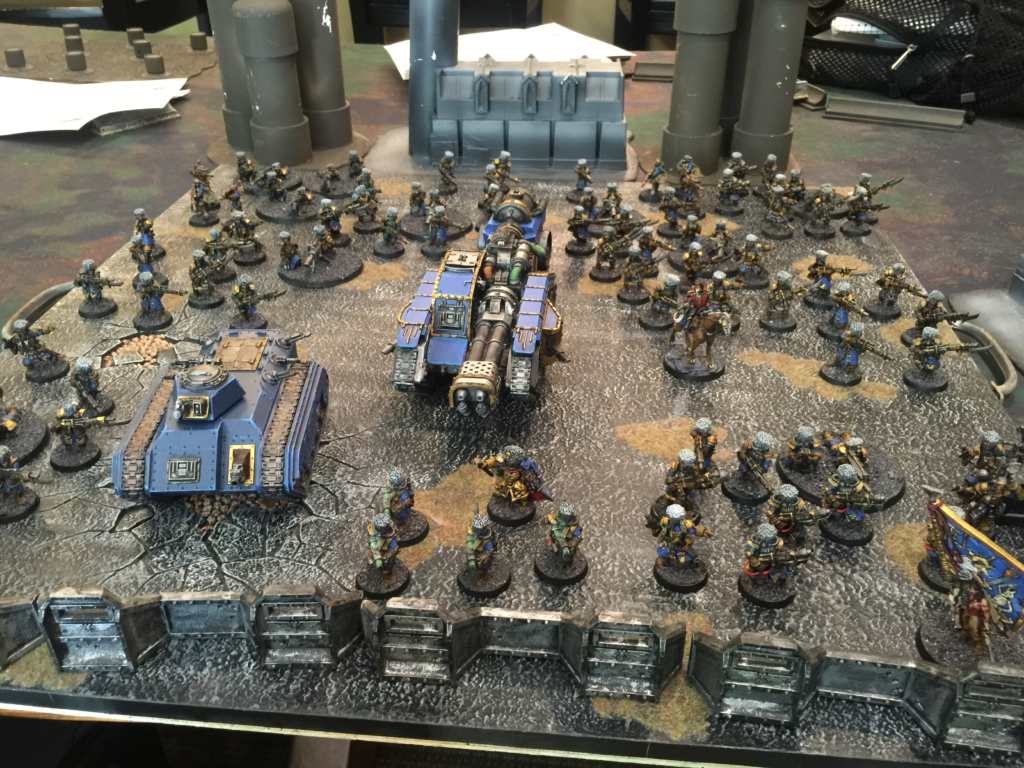 This one was a little earlier in the process. I didn’t love the dark red piping so I decided to change it. 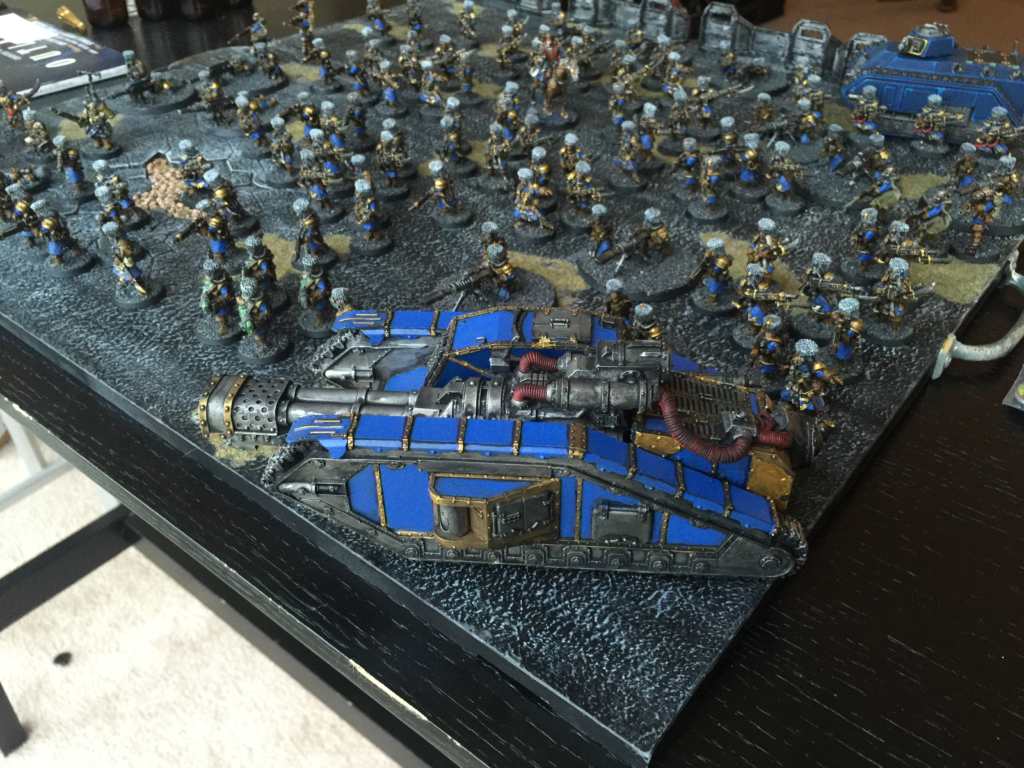 Here’s a good one for scale – the Malcador is right at 12″ front to back and a little over 3″ wide. 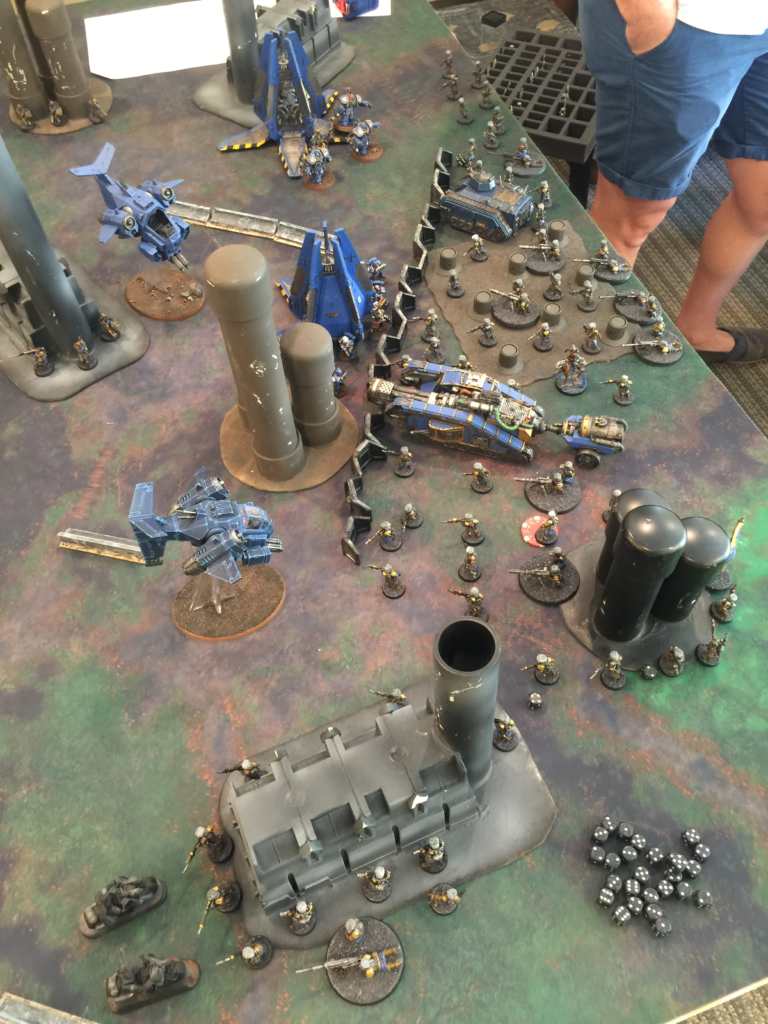 Here you can see a lot of the highlighting up close.

Anyway, i was pretty excited to crank out an awesome super heavy tank in under 48 hours and be able to play with this weekend. Would love to here your comments/questions/stories of times you just had to get a model done and couldn’t put it down becaus eyou were so excited to see it on the table.

Did a little thing last night with some amazing fo

Getting ready to beep-bop-boop on the battlefield.

Doing some list testing today. The Ad Mech are gon