Hey guys, FTGT Evan back again with another WIP Wednesday post. I missed last week in part because I didn’t have much in the way of an update. I have made a little bit of progress on the Kabalite Warriors I’ve been working on, but also took a bit of a detour to jump-start my painting mojo, which had been dragging for a bit. 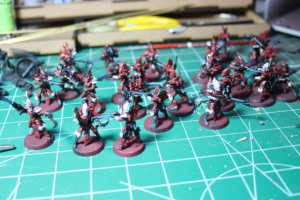 Last week I knocked out my first Imperial Knight. I magnetized all the arm options and really enjoyed painting this bad boy. 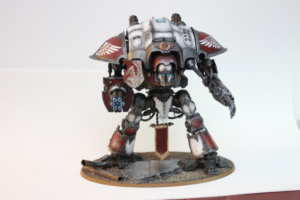 Yesterday I finished off a Baneblade/Hellhammer I had picked up a while ago. This guy will probably be going up on eBay soon, but for now I’m admiring him on my shelf. 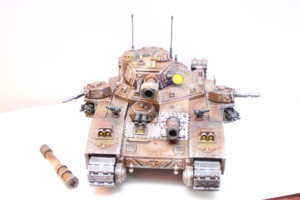 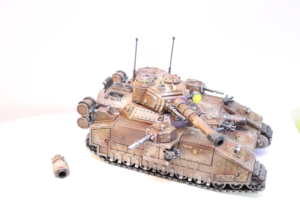 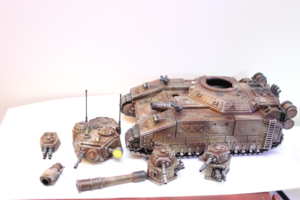 Additionally, I worked on my Skathatch Wraithknight. The painting is just about complete, but I do need to do some re-bending of Deathshroud Cannons and the bases. 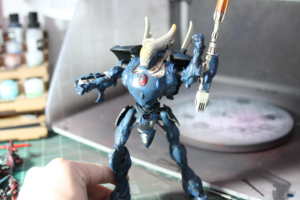 I’m particularly happy with how the mask turned out. 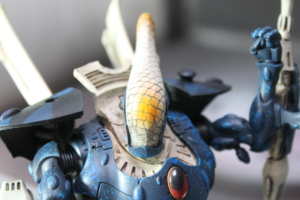 I also used the Shard camo template from Fallout Hobbies. 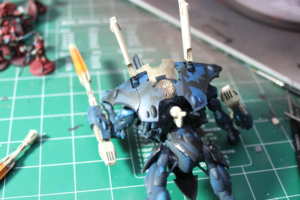 On the desk for coming weeks, I have the Warriors to keep working on, and I’m also going to start assembly of a Warhound Titan. I have washed the approximately 230 individual pieces to remove the release agent. We’ll start with the legs and do the big sub-assemblies over the next week or two. 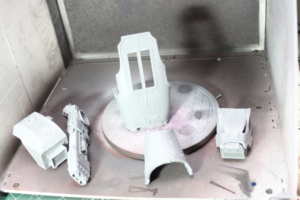 Keep an eye out for updates on the titan – I’m really excited to see this bad boy come together and sharing with y’all.