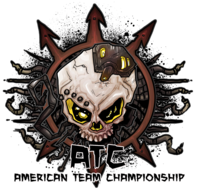 As you may know from my incessant Facebook updates about it or my previous blog post, I attended ATC for the first time earlier this month. I really enjoyed my experience, and was fascinated with the matchmaking system and the army building that goes around. The other part that fascinated me was the outcome for teams that did not pay much attention to said format.

So I’ve compiled some tactics and info on said format by getting a bunch of players much more skilled at the Warhammer than myself to give their thoughts.

The matchmaking system is quite simple : You pick a list, the other team assigns you 2 of theirs and you choose an opponent from it. Repeat the process with the 4 remaining lists alternating who picks one.

It is simple to describe anyway…  yet it allows for much strategy, specially in list building.

As ETC regroups some of the best players of each country, it is regarded as a staple for competitive lists. The 2015 ETC for example, brought everyone’s favorite Warp Spider Spam to the competitive scene ( Thanks, Kurt!).

It is not always the case, however, as teams and players have to make compromises to their lists in order to « save » a codex for another list. This is problematic with 8 players per team and 20 or so books only. A good example of this is the Librarius Conclave, which is almost every country’s Space Marine part. This also means that a lot of lists run the Dark Angel Equivalent, or the Psykana Division from the Astra Militarum, because either they’re already running the Dark Angels Codex, or there simply was no other way left to get a lot of warp charges.

The ATC is a better judge in army building as teams are 5 players instead of 8, meaning that you are able to fit more into a single list because it will not handicap another player later on. 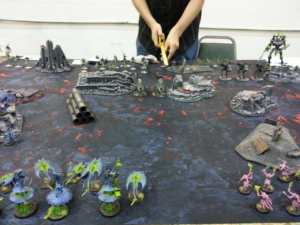 Then again, the format doesn’t  seem to favor take-all-comers list. Or at least, not 5 of them.

In the general sense of ATC ( I’ll use ATC as an example, as I have yet to go to ETC; and on a totally unrelated matter, CA-NA-DA! CA-NA-DA! This weekend! ) lists come in 3 categories : Attackers, Defenders and Balanced. There are many names for them but essentially : Attackers are list you want to attack people and score big wins with. Defenders are lists that can take a beating and still salvage some points. Balanced lists should be able to do both depending on the opposing team.

Every team should have at least one defender. The go-to defender lists are Daemons, Battle Company and the Bark-Star list ( 55 Fenrisian wolves in a single unit and all the characters and psykers you can find ) The defender’s job is to either take on a matchup that no-one on your team wants or can deal with, or take on one of the attacker’s list and prevent it from getting 20-0. This is not for everybody, as you end up getting dumped on all weekend for the greater good of your team. 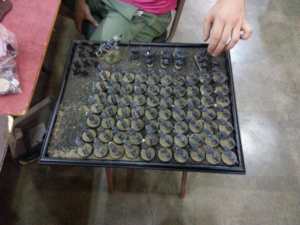 The attacker role is slightly different, as the best way to attack something is to have 2 lists that completely destroy a matchup you know you’re likely to face. Eldars and Super-Friends are frontrunners in this as almost every team plays the 2 lists in some form. In broader concept, having 2 lists that obliterate MSUs or Deathstars of all shape, size and form. Attacker lists may have obvious weaknesses or terrible matchups, but because they are used aggressively, they are very unlikely to meet their counter in game. Attacker lists of excellentce include artillery spam, War Convocation and Tau.

Balanced lists, that have a decent match up versus everything, are generally more akin to what you see at tournaments. Eldar is a pretty balanced list, as it is strong, can score 20-0 in the right condition and unless paired really poorly, will not get 0 points to objectives and cumulative objective scoring.

1 Defender and 2 pairs of attackers ( 2 versus a specific match, and 2 versus another ) is quite good if you face the right teams. 1 Defender, 1 Pair of Attacker and 2 balanced list is a safer route.

Now this is all great with teams of well organized and careful planning ( Those teams that were of drunk in the hotel’s media room at 1AM before the tournament trying to print their lists ). But what about the teams that came in with little or no direction on how to tackle the match up conundrum?

They kept choosing their lists over mine when we were choosing lists. I also got punted out as the first list 5/6 games. Would have been nice to know I was that guy going into it. My list was meant to fight battle companies, daemons, deaths stars, and war convo. Instead my team kept tossing me to elder and tau because they didn’t want ruin their personal record. In the end they just made our team get less points.

Planning truly is the key to avoid those situations. Scoring best X-army player if your team is in the bottom of the standing is not a proof of your skills, it’s bad pairings or poor team building. And because I’m not a negative person in life, here are tricks from the pros your can use, should you venture in ATC 2017.

Well the best strategy is this in my own opinion, you discuss before picking your first defender and see who all has the most good match ups and the most worst match ups. Your first defender should be one of your players with the most good match ups that way you don’t get stuck with two horrible match ups, and then pick your two aggressors against their defenders. That leaves you with three list, you then should pick your player with the least amount of good matchup s that way he can pick the list that gives him the most chance of grabbing any points and the rest of the pairings are out of your control

My strategy the last couple years is to put a list out at random. Keeps everyone on their toes

I brought the boogeyman man list – Eldar. That said, we didn’t bring defender or attacker lists. We brought lists we had a lot of experience playing. We knew our lists better than our opponents (well, most of them, we did play Quality Control). That said, we had three lists that were very much take all comers. Those could handle anything the mets threw at it. We did our best to hold them for the final three match ups and threw our two boogeyman lists out 1-2. It worked. It’s not always about list building. Very few people brought suboptimal lists. It’s all about staying positive, sticking to the game plan and believing in yourself, your army, tactics and teammates.

In some cases we found it was best to push out the list that needed the most protection first. That way we had more of a choice and less situations where our worse match ups could be cherry picked.

Our team wanted to prepare for death stars amd msu mostly. We had two lists that could deal with death stars extremely well and two lists that were death stars. So when we saw what the opponents threw out we figured out if they could beat a death star or was one. We would then throw out two lists accordingly. For example if we saw thunderwolves get thrown out we threw out our double surge tau and our warp Hunter heavy eldar at it. I had the tac list but all of us could grind it out if we had too.

Don’t get tabled turn 1, it puts you at a disadvantage.