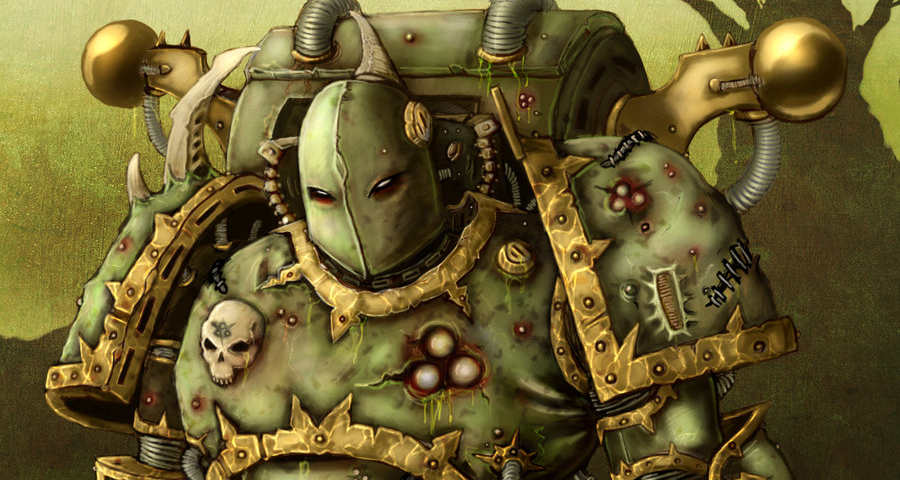 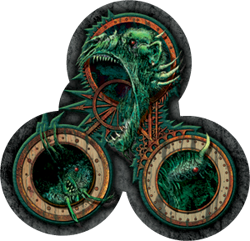 Way back in 3rd edition I started a Chaos Space Marines Death Guard army.   I love the look and feel of Nurgle and I think it is one of the most iconic things about Warhammer in general.  Even people who don’t know anything else about the game are at least a little familiar with the big 4 Chaos gods.

The new Traitor Legion book is pushing Chaos legions hard with a similar flavor that throws us way back to that 3rd edition Chaos era.  The power level  and diversity is similar but at the same time it is very much the 7th edition style of rules design that we’re familiar with.

You are able to make the ‘Legions’ from basic combined arms detachments and allied detachments right out of the 7th edition rule book.   If you like then you can take the commitment one step further and go all in on a ‘decurion’ style detachment that forces some unit choices but gives you few extra rules too.

Today, I’d like to talk about my old pal Pappa Nurgle. 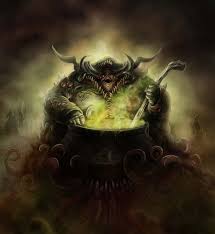 You can find the full run down of rules over on Bell of Lost Souls.  In summary, all models in a Death Guard detachment that have the Veterans of the Long War special rule get Fearless, Feel No Pain (if they are not already a plague marine) and Relentless!  This is a damn good combination of rules.   You lose a point of initiative but I don’t see this as a problem.

You can also take Plague Marines as troops.   I am throwing this in at the end intentionally.  At the time of this writing I am much more excited about the other choices.

If you take the Death Guard Legion Decurion you get a few more special rules.

You can re-roll the Warlord Trait, you can re-roll Feel No Pain roles of 1 and your units get Stealth if they are targeted by a unit 18 inches or more away.

I love it when the fluff actually pairs with impressive rules.  This is one of those situations.  I get it that it will inherently make some Legion choices more powerful than others but I’m going to pass by that without much comment because I love Death Guard so much.

The foundation of the Decurion style thing – The Vectorium –  is the Chaos Warband.

This Warband formation is:

All units in the formation are Objective Secure.

None of the power armor choices in this mandatory list are bad with Death Guard rules.  This all but eliminates the feeling that you are being ‘taxed’ to take this formation.   I would still go real light on the Chaos Space Marine units but with them being Relentless, Fearless and Stealthed there is good possibility they can be a factor in the game.

It is very possible to build a super stout Nurgle Chaos Lord and stick him on a bike.   Bikes the cheapest way to satisfy the commitment in that slot and the Death Guard Special Rules are just about all you could ask for.

Chosen are a fine choice since you have some flexibility on how many points you pump into them.  I’m not thrilled with them being mandatory but they may be the best choice in that section.  A three man Terminator squad is also a real valid option in this list.  Not a ton of points investment, they can deep strike and they get all the DG rules.    Let’s not forget that this formation makes them Objective Secured. 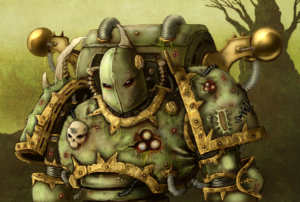 Chaos is pretty boned for delivery options compared to their Loyalist cousins.  Deep Striking small ob sec units often doesn’t get talked about because, due to survivability issues, it was less of a competitive factor.  Here, I think we’ve got a real nice option.

Let’s talk about those sweet Havocs

A base unit of Havocs with 4 Autocannons is only 120ish points.  It is conceivable that you can start them out of line of sight, move into range on your turn and still fire at full BS.  You’re likely going to be Stealthed and you’re Fearless.

That is a TON of fire output that due to the volume of fire can even threaten flyers.  I almost had a heart attack when I thought Havocs couldn’t get the Veterans buff, but they do!  You would normally pay 1 point per model for this but in this book you get it for free.

Back in the day there was a pretty short list of weapon options that Death Guard could take.  That’s not the case any longer.  This is a huge boon for the for the DG.

I’m doing some quick math here but this is under 1200 points.  This should give you 600+ points to mess around with for other CSM formations or goodies.  The Heldrake Terror Pack comes to mind because it helps give you a lot more air defense and  Heldrakes are pretty good at dealing with a lot of things you see in tournaments today.

You can even jump over to the Daemon side of things.

GW is doing all they can to avoid re-doing the Chaos Space Marine codex.  The point values are really showing their age here but this Traitor Legions book is awesome.  The ‘free’ things you get do a lot to make these old unit entries competitive.  I’m really happy to see this.  As a long time Chaos player it is jazzing me up to get back to my hobby desk and kick out some truly sick Nurgle models.

Are you as excited as I am?