Hey team, PuppyPants here with a quick list review on a list that was submitted early last week. I love doing list reviews and writing critiques for anyone wanting some input. So if you have a list idea you’re excited about but would like some input from the FTN team hit me up on social media or comment below!

This weeks submission is from a brand new player named Dan, who is still honeymooning with the game and how awesome it is. We all remember those days where every new thing was the coolest thing we’d ever seen, we built models to match the pictures on the box, and we thought a heavy bolter was probably a good heavy weapon option because they were all over the stories/images in the codex. Well, I’m not hear to tell anyone not to play with Heavy Bolters… if that’s your favorite flavor of the rainbow, then I support you 100%…. but I am here to tell players to pick a flavor and stick with it. 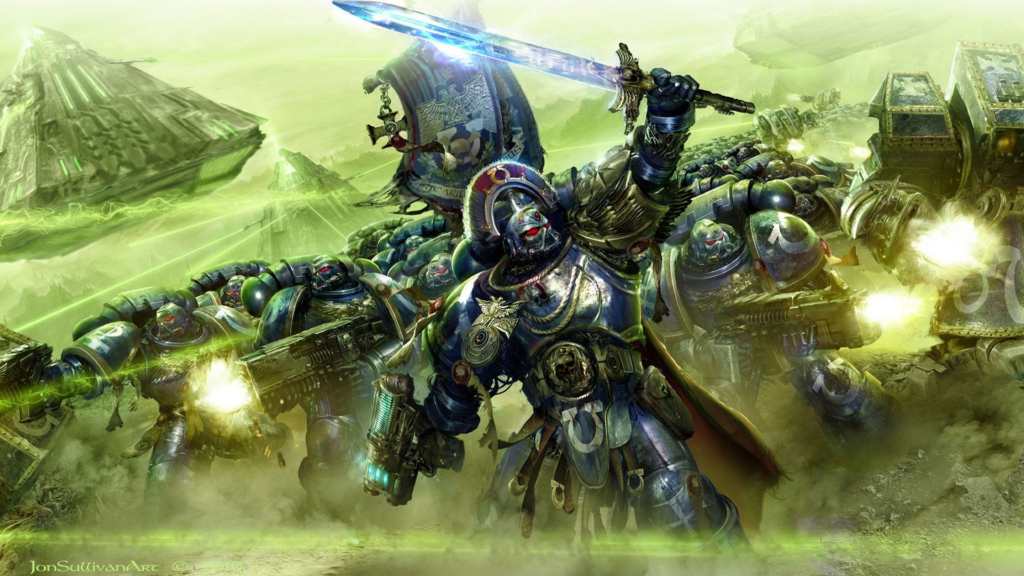 Before we get too much farther into the break down or into the list itself I want to predicate my review with one important parameter: When I review lists I try to stay true to the list that was submitted. Often times on message boards or in blogs you’ll see an 1850 Imperial Guard list submitted for review and by the end of the critique it’s got 800 points of Guard left in it and an Ad-Lance. That isn’t helpful for a couple reasons. First, we only know for sure that the player owns the models that he presented in the initial list, and second, we only know for sure that he wants to play IG. So Before anyone pops off about how my fixes don’t go far enough, always remember this important parameter – Stay true to the spirit of the list.

To that end, here is what Dan Sent in:

OK! I know what you’re thinking… “Andrew! PuppyPants! Whataver your name is!! This list isn’t even legal!” And if you’re thinking that, you’re right. Marneus is a LOW and can’t fill the required HQ slot for the CAD. Don’t worry, i told him that, we all see it, and frankly… that’s the least of this list’s problems. 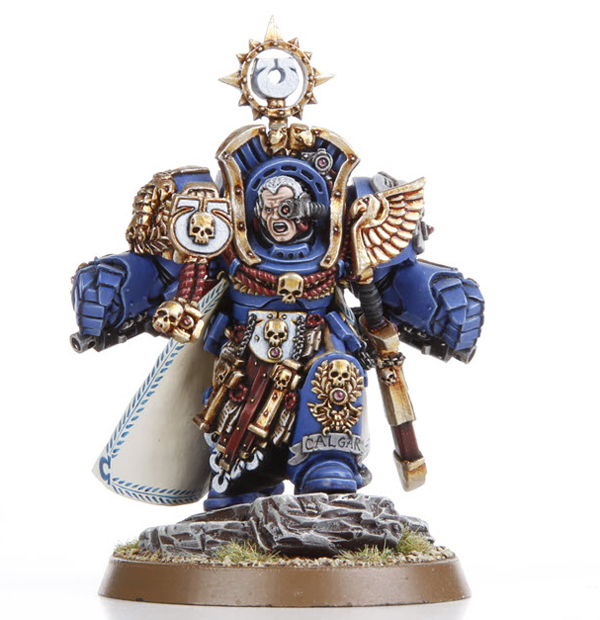 Always bearing in mind that newer players often time don’t have the depth of experience to realize what is optimized, these are my notes.

Overall I think what we’ve got here is the makings of a fun list! But competitively I think it’s pretty well lacking. Mostly because the units aren’t purposed. Whenever adding a unit into a competitive army, one should ask, “What is this unit actually here to do?” Kill stuff? Survive and score? force multiply to make other units better? Whatever purpose you settle on, that unit should be really good at it.

A squad will usually turn out to be fairly ineffective if/when it tries to be effective in multiple roles. For example consider the command squad in more detail. Flamers require close range against large numbers of lightly armored infantry for maximum efficiency. Plasma is a medium range weapon that excels against smaller numbers of heavily armored infantry or light vehicles. Grav is a very versatile weapon at medium range, but its effectiveness drops off radically if a unit moves – losing both half its shots and range. While Melta guns again require close range and are often wasted on infantry but exceptional against medium and heavy armor vehicles.

Consider the reverse… imagine 4 combi-meltas. That will reduce any vehicle to slag with ease on average dice rolls. 4 Flamers will burn down a horde of orks in a heartbeat. 4 plasma guns will reliably kill 4 or 5 terminators. None of those things will be accomplished with only one of each variety.

As an added benefit, when units have cohesion they also have purpose. Having purpose will reduce your decision points and make your game play easier. If your Stern guard have 4 combi-meltas, they’re tank hunters. Which means when you’re set to deploy their Pod you find the highest priority tank and you drop them there…. no angst about it. Similarly, if they’re all flamers you’ll drop them on infantry hiding in cover and burn them out. Being specialized makes their target priority clear, and your life as general easier. On the contrary, where do you drop them if you’ve got a squad with two combi meltas and two combi flamers? On the big tank? No guarantee 2 measly shots will do anything at all much less reliably kill it. On the infantry? Big whoop, two flamers and now those melta are far from the tank that needs killing…. that will cause you tough decisions and reduce effectiveness.

One can extrapolate the principle and apply it to the other squads…. Devs should be all Laz or all heavy bolters… because having two of each makes them good at neither and not inexpensive. Scouts should be mobile with bolters or stable with snipers… having both is wasted points…. etc. This is a fundamental list building pillar and the real list writing masters understand and apply the principle effectively.

To that end, after reviewing the list, and always remembering my spirit of the list parameter, I came up with the following:

This version is much cleaner, much more purposed, and features the same units – simply restyles them for greater efficiency.

I have swapped the Command Squad for a Captain to fill the HQ slot and make the list legal. This had to be done and the CS felt out of place in the list so it was the obvious choice to free up points.

The Scouts are now clearly designated for an intended purpose. As I wrote in an earlier article, camped out scouts with rending rifles cannot be ignored, but the cloaks help to up their durability. To that end the 10th company in this format will help score and provide harassing fire.

The Tac Squads came down in size but went up in targeted punch. they’re good for scoring but can be the melta shots you need to swing a section of the board or kill a high priority target.

The Attack Bikes and Dev squad are  true to the spirit elements to be sure, but i do believe they can be incredibly fun and effective. Opponents cannot allow 4 plasma cannons to rain fire the whole game and Attack bike Melta is both resilient and effective. Honestly these are fun elements that I wish we saw more of in competitive play.

The important changes, that really reflect the list building principle I’m trying to talk about it in the SG and VV. That Stern guard Squad is now the bane of any armor unit in the game. Imperial Knight? Molten slag! Land Raider? Dead! Super heavy tank? Crippled! It’s an exceptional tank hunting unit that can and will be effective in forcing your opponent to adept to them. And if your opponent fails in that, the SG will kill their target.

The same is true for the VV. That squad is going to be lethal if/when it makes it into combat. to that end the 3 storm shields allow the durability and the PF/LC combo means the squad will be effective no matter who it tangles with. 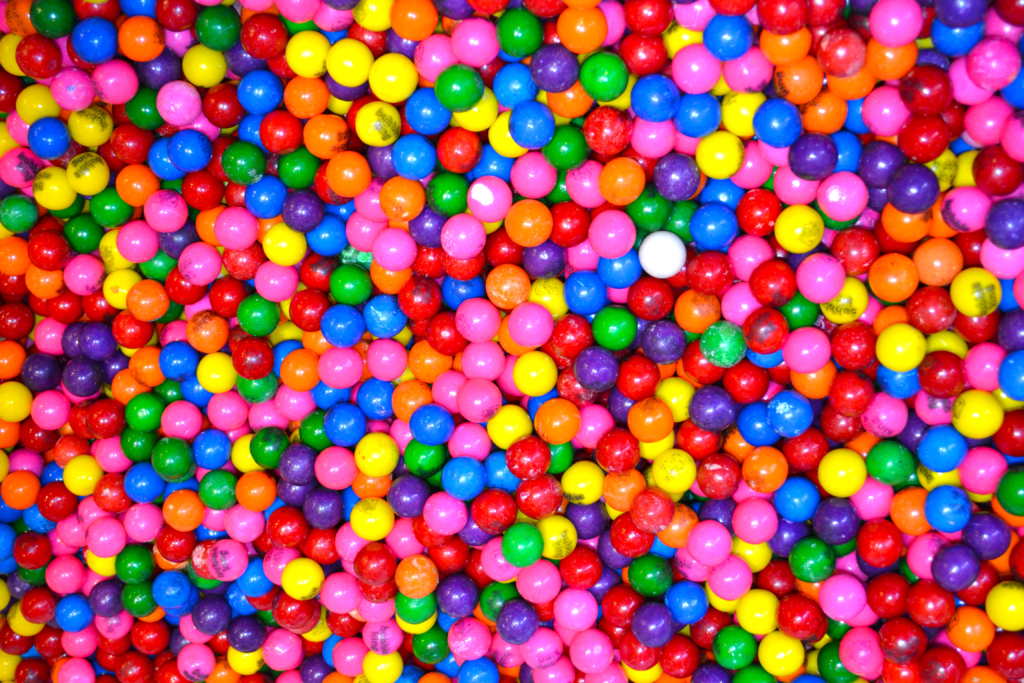 Hopefully Dan reads this and sees the optimization principle that i’m talking about and is now able to work it into future lists! Having a rainbow of flavors works great for candy, but no so great for 40K!

And I also hope that anyone still reading also found this helpful. I have no doubt that most of you are familiar with the concept and probably thought this particular list was too remedial, but there are many folks reading or listening to FTN may have benefited. In some way all list reviews are helpful to the extent they rephrase or put a different spin on an idea or tactic that we take for granted.

One thought on “Rainbows are Great for Candy, Bad for 40K”